A Year in Barcelona

“I applied for a year in Barcelona, three academic terms with ALBA and prepared for the most amazing year of my life.“

Studying abroad never seemed like an option to me. It was always just another part of my plan. I was curious about the world and what it had to offer me, and I knew that attending school somewhere was the perfect excuse to get to know local culture and go outside of my comfort zone in a way that a one week vacation to another country just can’t provide.

When the time had come to choose a study abroad program and decide on the duration of my stay, my advisers told me three terms abroad wasn’t the best option based on how many credits I still needed to fulfill. I figured they knew best and accepted that one to two terms was all I could manage.

There was a problem, however. I had already found the perfect program that seemed to fit all of my needs and was located in the sunny, Mediterranean city of Barcelona. Once I had discovered ALBA, (and given my personality) I soon realized that one term here wouldn’t be enough to satisfy all that I was dreaming of. So, despite what I had been warned of, I applied for a year in Barcelona, three academic terms with ALBA and prepared for the most amazing year of my life.

When I first arrived in Barcelona, I had no idea what to expect. I had done plenty of research, but truthfully, no amount of reading would have prepared me for what I have experienced in the past nine months. While I was no stranger to being away from my original home, I quickly learned that being in a different state and being on the other side of the world were two completely different things. Even small tasks such as grocery shopping became a challenge, and I had doubts that I would ever become comfortable in a place that was so different from my past experiences.

My first flat was in the neighborhood of Sant Antoni, right down the street from the Sant Antoni Market with fresh produce and plenty of opportunities to taste local food. It was right on the edge of the city center meaning I was close enough to all of the action but had the benefits of less crowded streets and less noise. The neighborhood had plenty of charm and plenty to do and I grew to love that little apartment. It featured balconies spanning the entire length of the side facing out to the street below and had perfect views of the pink and orange sun setting behind the buildings in the evenings.

Day by day, I felt myself relaxing and becoming familiar with my surroundings. There was more than just an emotional adjustment to deal with, however. Since I was staying in the Schengen Area for more than 90 days, I had to acquire a student visa for the duration of my stay. Before leaving the United States, I got my visa application approved in Chicago, however, I still needed to attend multiple appointments once I arrived in Barcelona to obtain my actual residence card. I had no idea where to go or what to do, but thankfully ALBA basically handled everything for me. They compiled the paperwork and pulled some strings to get me the appointment I needed, and always sent one of the ALBA staff to my appointments with me to help translate and make sure everything went smoothly. I was relieved. I kept thinking to myself, “how would I have done this on my own?” Even though my friends and family were all 7-9 time zones away, I always felt like I had support and help from the ALBA staff when I needed it. 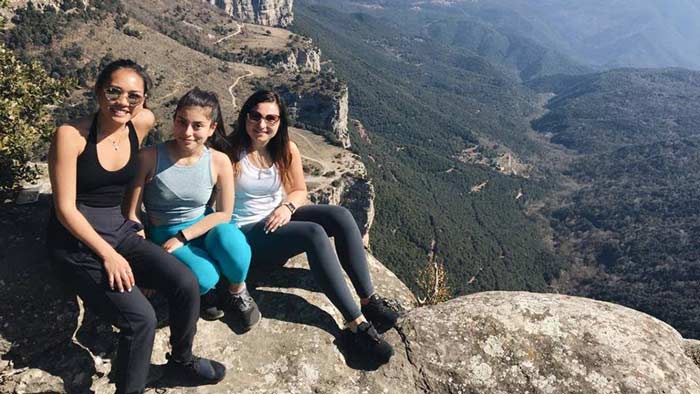 Being the only student staying with ALBA the full academic year took me by surprise. When I initially realized I was the only student staying for 9 months, I began to question my decision and whether I had made the right choice. I was both intimidated and yet reassured by the idea of staying for a full academic year. I was nervous to have such a long time here, but I also had peace of mind in knowing that if Barcelona was an absolute disaster, then in the grand scheme of life 9 months wasn’t all that long and it would be over soon enough. It was the best of both worlds.

By the time the end of Fall quarter had come around, and all my friends were preparing to say goodbye to this beautiful city and bring their abroad experience to a close, I had never been so glad. Leaving that soon seemed entirely impossible. There was still so much I wanted to do and so many places to see. I couldn’t even imagine not having more time to learn and explore.

With each term came new and different things. New people, different classes, different experiences, and challenges. The Fall Term group grew to feel like a family to me, and I was nervous and sad for them to leave. I didn’t know how the next group of students would be, and I was content staying in my comfort zone with the friends I had already made. It felt like I had to start completely over with a new group of students and friends. However, between cooking classes, Friday excursions, and outside events led by ALBA staff, I always felt like I had the chance to connect with my classmates, and my nervousness quickly turned to excitement when I started meeting the new students. 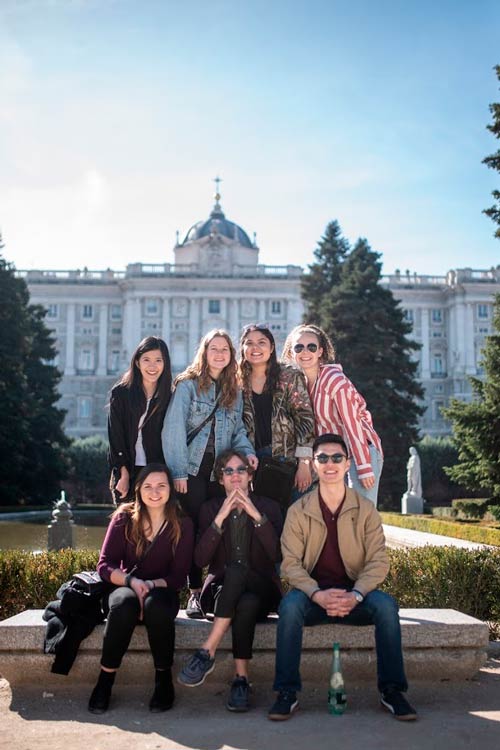 Looking back, it truthfully took a few months before Barcelona really felt like a home to me. Most of Fall term was spent getting to know the city- the history, the neighborhoods, and the culture. It really wasn’t until winter term that I began to feel like I knew Barcelona on a deeper level. I began exploring off the “beaten path”, making friends outside of the program and found myself familiar with landmarks and references around the city.

The more comfortable I became here, the more I longed to stay. While I was still planning weekend trips, I found myself looking forward to weekends spent in the city, or to short day trips surrounding Barcelona. The more I learned about Barcelona, the more I felt as though I couldn’t get enough. No other city had the same beautiful architecture, friendly residents, and beachfront views like Barcelona does. No other city gave me the perfect combination of lively nightlife, intriguing history, versatile museums, and irresistible food like Barcelona does. Truthfully, no other city even came close to all that Barcelona has given me.

One of my main expectations, before I came here, was that I would learn Spanish fairly quickly. With the combination of most of the population speaking Catalan, and most customer-service workers speaking English, I was finding it hard to practice the words and phrases I was learning. I realized how important it was to go out of my way to find opportunities to practice whenever I could. Being here for 9 months gave me the chance to explore some of the less “touristy” parts of Barcelona, where it was less likely that the locals would automatically speak to me in English. It’s true when they say that immersion is really the best way to learn a language. While my Spanish skills are still not gold-medal worthy, I have improved tremendously and have learned more in 9 months here than I did in multiple years worth of classes at home.

As time went on, I found myself beginning to question the idea of “home” and what the word meant. It was no longer the place I was born, but the place I was comfortable. The place that made me want to stay and build a life. The word “friend” shifted from someone I had known for years, to someone who I had a single conversation within a cafe or on an airplane. Someone who had shown me kindness or shared with me a little piece of their life and their story.

My year in Barcelona is now coming to an end and I am in shock how unbelievably quickly it flew by. It feels like yesterday that I was sitting in the passenger’s seat of ALBA’s van looking up through the winding alleyways for the first time. The amount of growth and change that has occurred within my last nine months here has been unimaginable. I have met people from all over the world, traveled to more countries than I thought possible, began learning a new language and learned a whole lot about myself in the process. The world feels bigger than ever before, but I have never been more excited to continue exploring it.